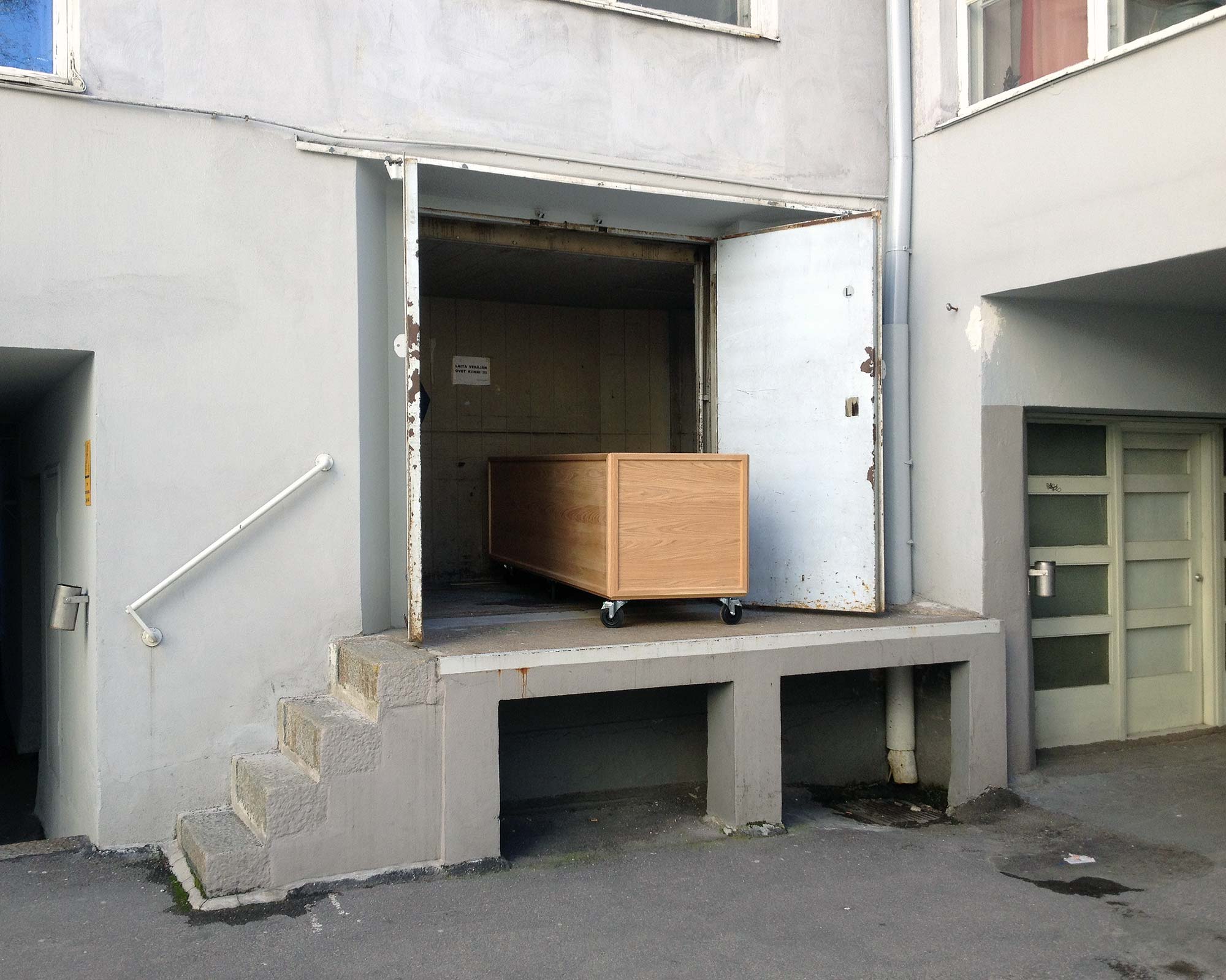 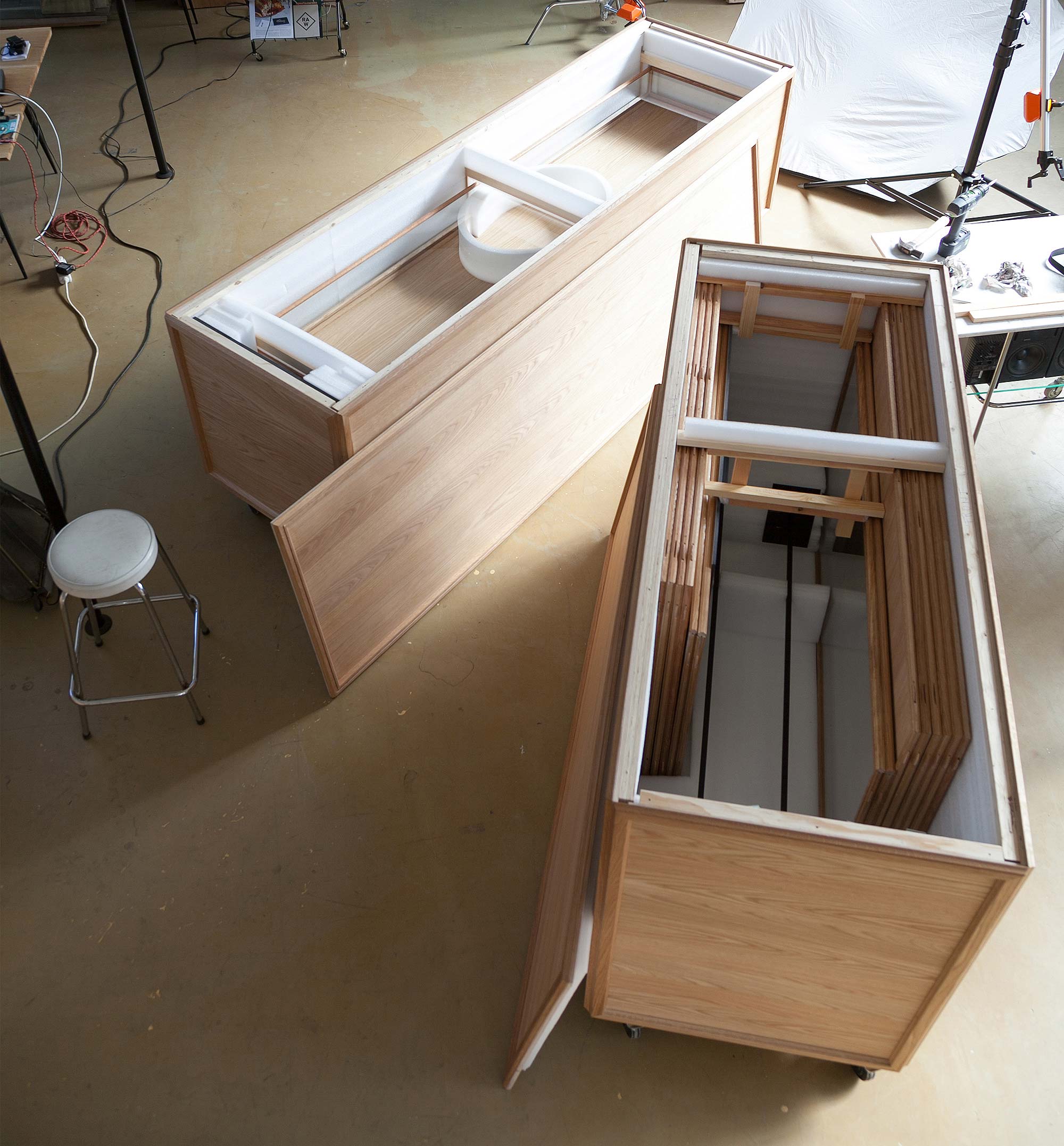 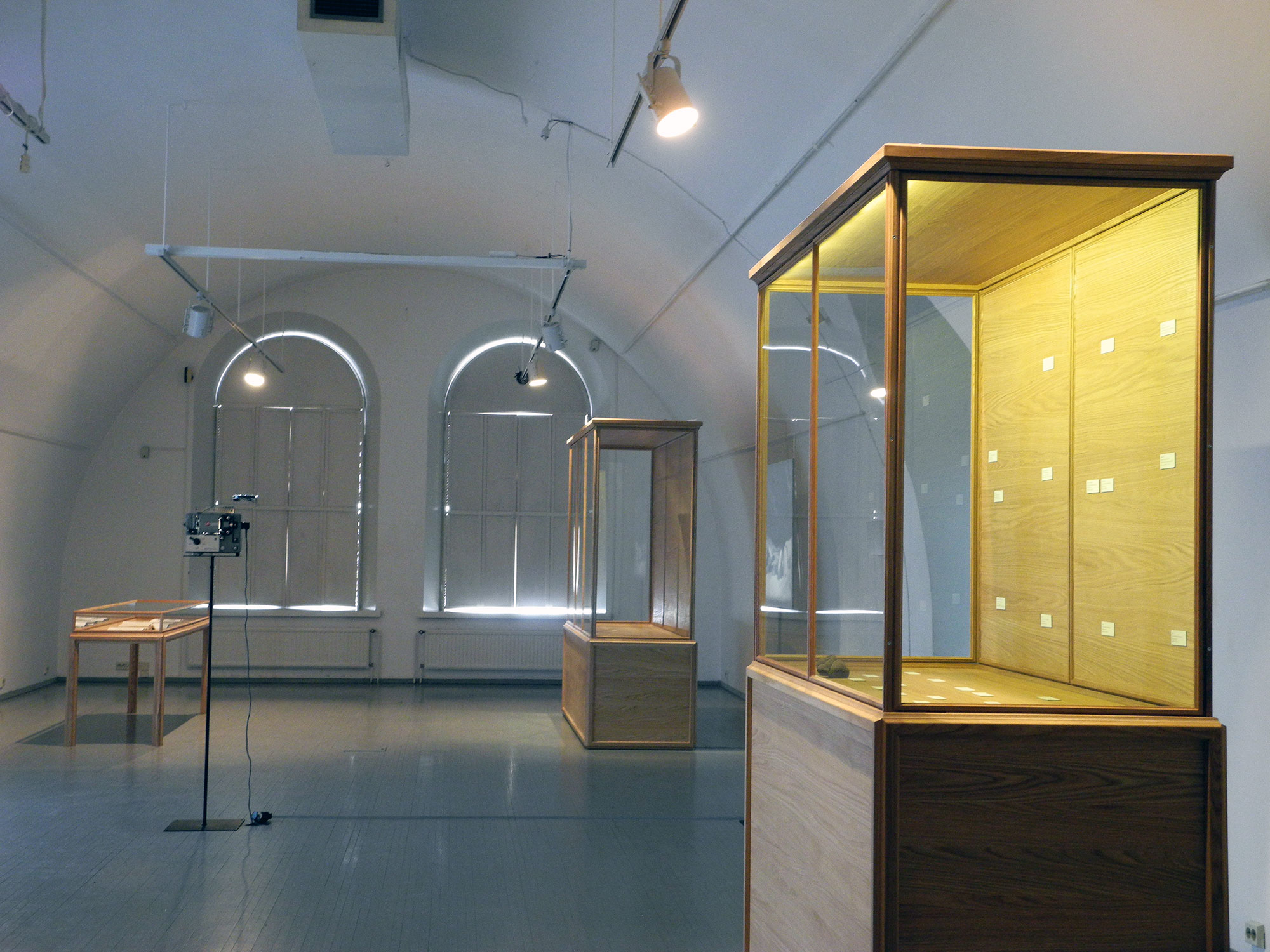 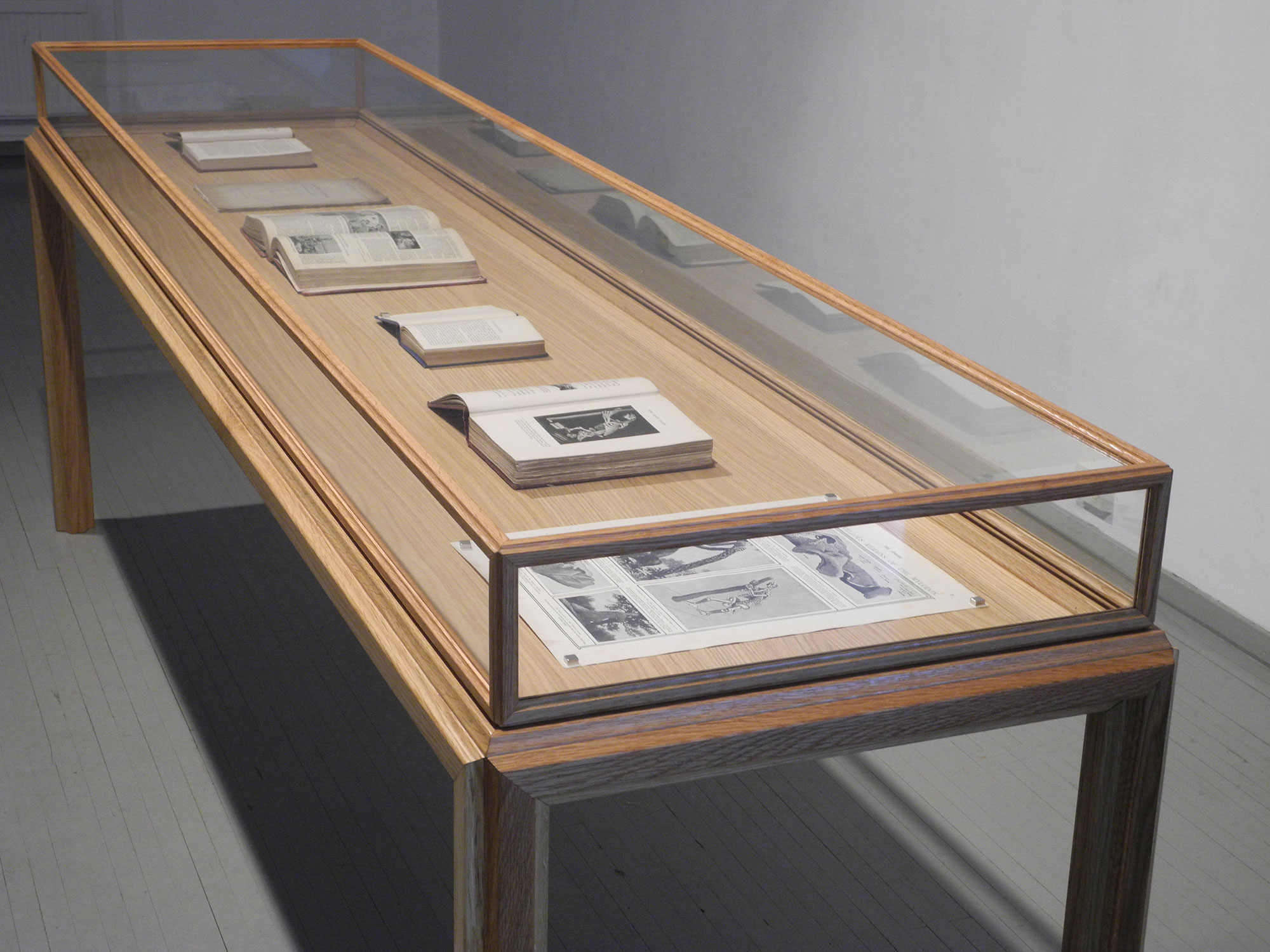 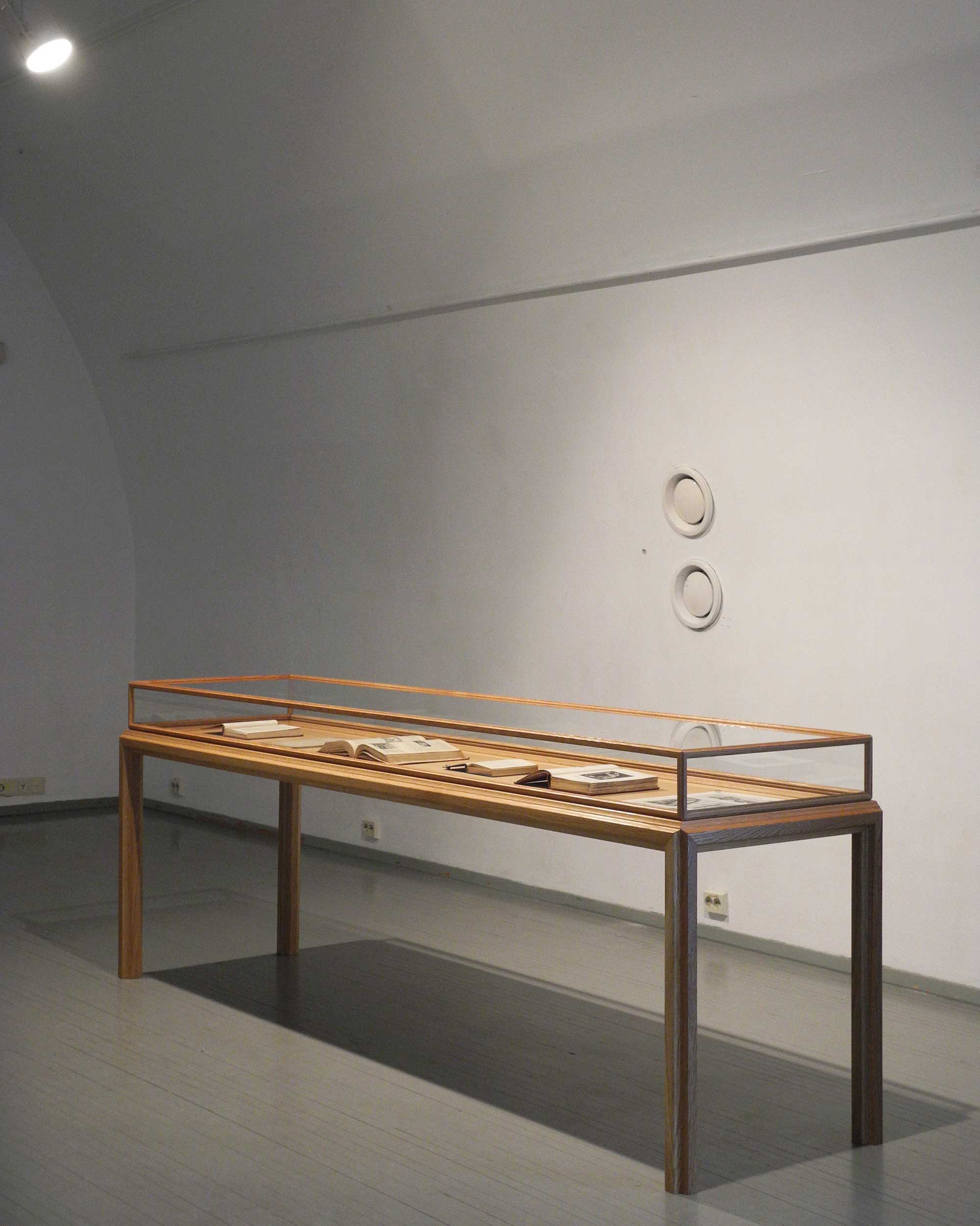 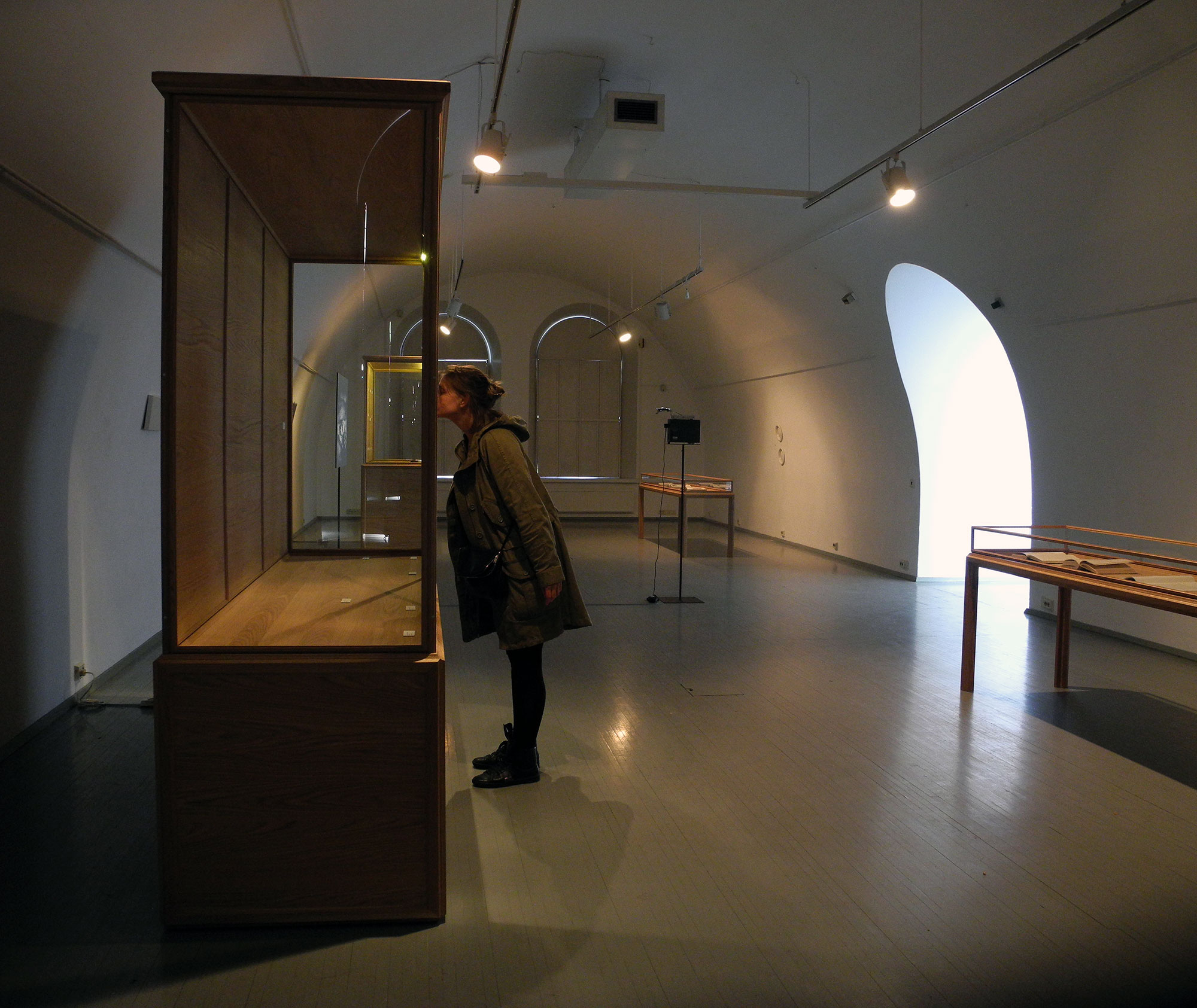 An all oak&glass structure, that unfolds itself from two cargo boxes which themselves serve as the bases for the vitrines. Designed and built with Antti Ylitepsa, based on Axel Straschnoy’s original plans.

A Project by Axel Straschnoy

In 1895 Hermann Eberhard, a German sheep rancher found a strange hide in a cave near his house in Last Hope Sound, in the south of Chile.

Two years later Francisco P. Moreno visited Eberhard and was struck by the hide. He asked to be allowed to cut a section of it and take it to the Museum of La Plata, of which he was director.

In 1898, Florentino Ameghino saw the hide in La Plata. He immediately recognised it as a Mylodon hide. However, Mylodons were one-ton, three metre long ground sloths known to have been extinct for ten thousand years. The fresh hide clearly implied that there were live Mylodons roaming Patagonia. Putting two and two together, Ameghino announced to the world the Neomylodon Listai, a live ground sloth hidden in the forests of Patagonia.